There are at least four recorded species of seagrass occurring in Western Port, and maybe five, taking into account more recent taxanomic debate around Zostera and Heterozostera species. (Refer: A Revision of the genus Heterozostera – John Kuo)

Most people will find it difficult to see the difference between Zostera muelleri, Heterozostera tasmanica and Heterozostera nigricaulis. There are physiological differences between leaf and stem sections when examined under a microscope, but to assist with field identification the following simple guide can be used:

Zostera muelleri is more commonly found in the intertidal zones closer to shore, but can be interspersed amongst Heterozostera species. The easiest way to identify this species is to look for its truncate or flattened leaf tip and green stem in mature plants. Heterozostera nigricaulis, true to its name has a distinctive black main stem, long leaves with flattened and slightly notched tip. It is mainly found in subtidal zones and along channel banks.

Heterozostera tasmanica is almost identical to H. nigricaulis, but does not have a black stem and has a rounded leaf tip.  It is thought to prefer deeper water, closer to oceanic influences, but this is to be confirmed for Western Port.

This intertidal species often forms patchy colonies in shallow water, and is quite resilient to low tide exposure. 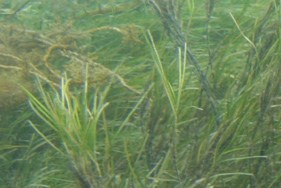 Still the most common species in Western Port, it formed extensive and lush seagrass meadows in the northern sector of Western Port, especially along channel banks. This species however has also experienced the brunt of the huge seagrass losses in the 1970s and 1980s and only a small recovery has been noted since this time. Scientists who have worked with the species in Western Port claim that flowers and seeds are rarely noted, in contrast to Heterozostera tasmanica. It would seem then that vegetative reproduction is the prime means of regeneration for this species. Photo: Heterozostera nigricaulis – A. Stephens (EPA Victoria) 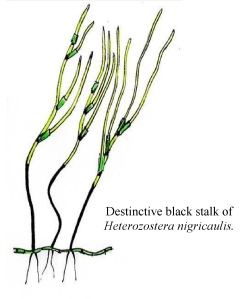 Halophila australis has very small oval leaves and grows in sparse patches, mostly on sheltered sandy substrate and at the southern end of Western Port, where the water is clear and subject to oceanic influences. Photo: Halophila australis – EPA Queensland 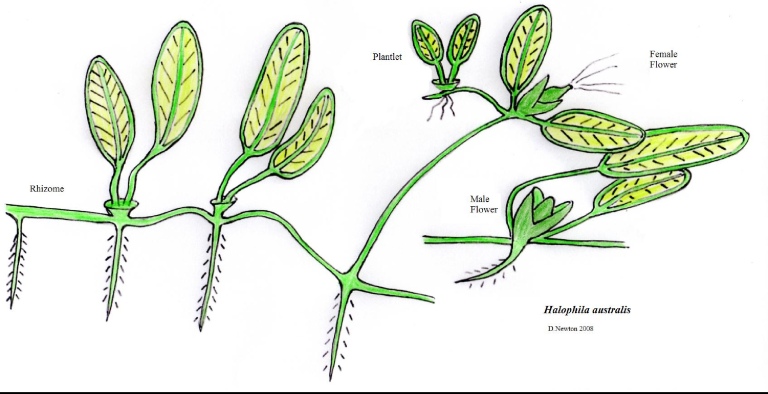 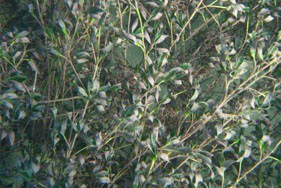 Amphibolis antarctica has a preference for sandy substrate and can be found mostly around the western entrance and lower section of Western Port where the water is cleaner and subject to oceanic influences. The stems can grow over a metre in length and have clusters of leaves that are about 5 cm in length. Significant quantities of these plants are deposited along the western beaches during the late autumn period when they shed their leaves.

By registering your details with the Western Port Seagrass Partnership you will enable us to email you alerts about new activities, meetings, seminars, conferences, volunteer project activities and important issues affecting Western Port and its ecology.